Let’s get something straight, carrying and consuming weed in the Netherlands is not legal. Not in the strictest sense of the word. It’s just tolerated. How then, can you still light up a joint on most streets in most major cities? Why isn’t it fully legal? It’s a complex situation I will try to clear up in as few words as possible. So bear with me and read on.

Basic rule of thumb for tourists

Now, before I go into detail let’s cover some of the basics. In the Netherlands, buying and consuming cannabis or any cannabis related products like edibles and consuming them is tolerated. This goes for everybody above the age of 18. That is unless you’re in a designated ‘Cannabis-free zone’ or “Blowverbod” as we Dutchies call it and as long as you’re not carrying more than five grams at a time. So don’t be a smartypants and hop from shop to shop, buying a ton of weed in small increments. If the cops bust you with more than the said amount on your person, you’ll be fined and your weed

will be confiscated. Now, that is basically all you really need to know as a cannabis-enthusiast visiting the Lowlands. But that doesn’t explain the ambiguity of the situation. To understand the nuances of the Dutch cannabis law we have to dig a little deeper.

Tolerated does not mean legal

You’re allowed to buy cannabis, we’ve covered that. Here is the kicker though; it is NOT, I repeat, not legal! It’s tolerated! In practical terms that is, because in theory it is illegal to have even one gram of cannabis on your person. If by chance you’re searched by the police (for which they need probable cause or if you’re in certain designated areas where they have the right to search you preventively) and they find any form of cannabis, they will have to confiscate it. You will not however, be fined or prosecuted. If you’re carrying five grams or more you’ll be fined € 75,-. If the police find thirty grams or more, the fine will be exceedingly higher and you will be prosecuted for intent to sell, which can mean jail time for up to a year.

How about growing cannabis?

It is prohibited for anyone in the Netherlands to grow weed. Although quantities equal to or less than five plants are considered no grounds for prosecution, the plants will still be confiscated however. If you grow more than that and / or use any additional equipment (e.g. lamps, fertilizer or hydroponics) you will be prosecuted for professional cultivation and that could mean a maximum jail sentence of four years and / or a subsequent fine of € 67.000,-

“If you ask any coffeeshop owner about their supply line, they will say there isn’t one and their inventory just magically appears behind the counter”

What about the coffeeshops?

If nobody is allowed to grow cannabis or sell it to coffeeshops, even if those shops are fully licenced, how do coffeeshops get their inventory? Ah! Now we come down to the nitty gritty. You see, under the ‘policy of tolerance’ Dutch law officials will allow coffeeshops to have a maximum inventory of 500 grams of product on hand at all times. As you can imagine this isn’t nearly enough to cater to more than a handful of customers a day. So how do coffeeshops keep up with demand? In short; they have to fly under the radar. Dutch politicians and the media call it the “Achterdeur Problematiek” or “Back Door Problem”. Essentially coffeeshops have to get their product from illegal growers, which are, more often than not, in the hands of criminal organisations. The distribution is done off the books and outside the letter of the law. If you ask any coffeeshop owner about their supply line, they will say there isn’t one and their inventory just magically appears behind the counter. Evidently this is not the case, because the Dutch media frequently reports about the crackdown on illegal weed plantations. Picture hundreds of perfectly good plants going through the shredder.

How did it get this far? Back to the beginning of Dutch cannabis policy

Ever since the opening of the first (unofficial) coffeeshop Sarasani, in the downtown area of the city Utrecht back in 1968, the Dutch government had to decide how to deal with the growing popularity of the recreational use of cannabis. Because of the deep-seated desire for personal freedom and tolerance in Dutch culture and the apparent failure of the American alcohol prohibition in the 1920’s, the Dutch government decided it would be wise to at least tolerate the sale and use of cannabis. Even though the use of cannabis was, and still is, officially illegal in the Netherlands.

This decision didn’t sit well with major players in the global community, particularly with Netherland’s major allies like the US, the UK, France and Germany. It was international pressure that made the Dutch government refrain from any further talks of cannabis legalisation and paved the way for what we now call a “Gedoogbeleid” or “Policy of Tolerance”. Roughly translated, government officials will turn a blind eye to the consumption of cannabis, as long as you buy and consume small amounts without being a nuisance.

The continuing strain on international relations created a political climate that further deteriorated the Dutch cannabis policy. To appease the international community the Dutch government decreed that it would ramp up its enforcement policies throughout the early 90’s and 2000’s. This resulted in a crackdown on the cultivation of cannabis and the forced closure of a massive amount of coffeeshops throughout the country.

Here the story takes a turn for the worse. You see, due to the perceived nuisance of ‘drug tourism’ in the Netherland’s southern border cities, (former) Dutch Minister of Justice and Security, Ivo Opstelten, implemented a law in 2012 that stated that no foreign individual was allowed to purchase cannabis from coffeeshops and that Dutch citizens were only permitted to buy their weed if they registered as a member of a ‘cannabis-club’ (or a coffeeshop).

Needless to say, due to this so called ‘Weed Pass’ major protests ensued in the Netherlands and the national police reported a large increase in the crime rate and number of illegal street dealers. Luckily the Weed Pass policy was short lived. Largely due to the opposition of Amsterdam’s mayor Eberhard van der Laan and other local officials, the policy was retracted in December of that same year. Unfortunately, at this time there are still southern border towns where it is impossible to purchase cannabis as a non-Dutch-citizen. 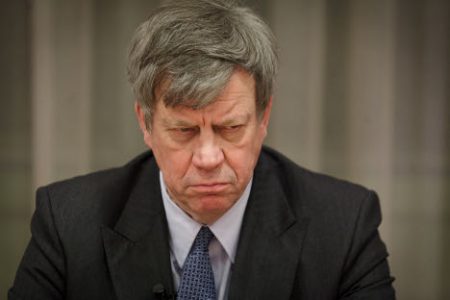 To conclude this brief explanation, it is my fervent hope that when you read this article, preferably while smoking a big fat blunt, you realize that even though the Dutch attitude towards cannabis might seem very liberal, it’s far from ideal and leaves much to be desired. This has very little to do with the willingness for legalization but more so with international politics. Ironically it’s those same international politics that are now driving the discussion forward and are a positive voice for change. So keep doing what you’re doing and enjoy our ‘many a fine’ coffeeshops!  But don’t take them for granted.

P.s. If you wish to read up on the subject or found my explanation a little bit too abbreviated, I would invite you to read the following sources: