People who made a big difference in Dutch Cannabis Culture

As you might already have noticed, the world is rapidly changing its stand on the subject of cannabis prohibition. As more and more countries are jumping on the cannabis train, the Dutch government is slow to act and watches silently as the train is leaving the station. Luckily for Dutch cannabis lovers and medicinal users, there are still quite a lot of individuals who aren’t afraid to stir up the establishment, in hopes to catch that train before it’s too late. In the second edition of this sites recurring item, we take a closer look at some Dutch Green Heroes.

Ever since this Dutch maverick appeared in a Dutch cannabis TV-documentary in 2010, where he expresses his vision on open and aboveboard biological cannabis cultivation, he has gotten a lot of sympathy from smokers and non-smokers alike. The government, however, could not appreciate his honesty. They confiscated all but five of his plants and dragged Doede to court where he was sentenced to two months jail time, two years probation and a hefty fine of 230.000,- euros. Luckily, this verdict was later appealed in high court and changed to guilty without jail time (the hefty fine still stands, unfortunately) . In the meantime, though, Doede de Jong has become a cannabis-celebrity and figurehead for the cannabis activist community. 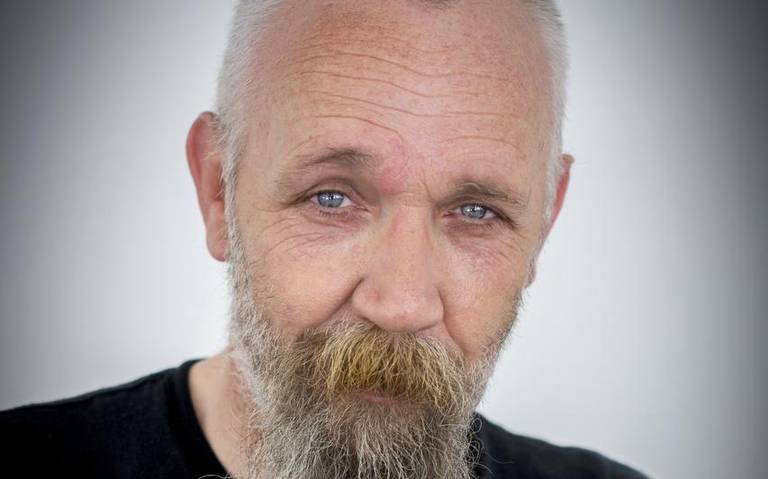 Just like fellow ‘Friesian’ Doede de Jong, Rinus Beintema does things his own way. ( Historically speaking, people from the northern Dutch province of Friesland have always been rather rebellious). After one too many clashes with the department of Justice and criminals shooting at him while stealing his crops, this career cannabis grower had enough and took matters into his own hands. Rinus started his own cannabis social club called Suver Nuver. Its mission; providing information about the medicinal benefits of cannabis and supplying patients with cannabis oil at reasonable purchasing prices. Rinus hopes that his, officially illegal, initiative will be noticed and he’ll be prosecuted by the Dutch department of Justice so that he can stir up the discussion about the legal status of cannabis in the Netherlands. Now that’s a rebel with a cause!

Please note that this list is far from complete, since there are so many other good folk who have been or are fighting for cannabis legalization and the right to grow the plant freely. If you want to nominate someone or a group of activists for the next installment of this reacquiring segment, please leave a comment below! 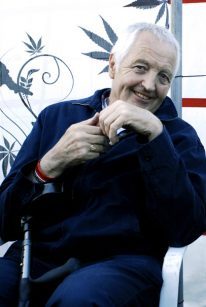 This former film producer discovered his love for cannabis after making a documentary about the first Dutch High Times Cannabis Cup, back in 1994. Soon after his epiphany, he heard about the plight of an American couple, Les and Cheryl Mooring, who were arrested for growing medicinal cannabis in the U.S. and fled to the Netherlands to avoid an exuberant amount of jail time. Henk would not sit idle in the face of this grave injustice and started the Green Prisoner’s Release Amsterdam (GPRA) program, which resulted in a heavily reduced sentence for Les and the immediate release of Cheryl when they were eventually extradited to the U.S.

After this whole ordeal, Henk understood that knowledge is the best weapon against cannabis prohibition. So he took matters into his own hands and founded the Cannabis College Amsterdam.

A free information center in the heart of Amsterdam, where everyone can relax, smoke/vape some weed and learn everything there is to learn about this amazing plant.

Besides that, Henk is also the chairman of the Dutch pressure group Union for the Abolition of Cannabis Prohibition (in Dutch it’s called VOC. Red).

As of September 23th 2016, there is a majority vote in Dutch parliament to regulate the cultivation and wholesale of cannabis in the Netherlands. This never before seen political willingness to re-evaluate the standing Dutch cannabis law was set in motion

mostly due to the hard work of Dutch politician Vera Bergkamp and her colleagues of the political party D66. Mind you, the re-evaluation of this law is still in the concept phase and I have already stated that this proposed amendment is far from ideal, but in all fairness, I have to admit that it is definitely a step in the right direction.

Thanks to Vera Bergkamp, the discussion about the legal status of cannabis is now a central talking point in Dutch politics, and we are once again one step closer on the long road towards total cannabis legalization!

Wernard has made it his mission in life to educate the Dutch public about the medicinal benefits of THC & CBD oil. His non-profit organization ‘Mediwiet’ and subsequent Dutch YouTube channel provide a ton of information and interviews with people who use cannabinoid rich oils for various ailments and the resulting change in their daily lives.

Notable mentions:
Maurice Veldman has been working as an in attorney in Amsterdam since 1989 and is specialized in cannabis oriented cases. He has helped defend many growers and coffeeshop owners.
Derrick Bergman is a Dutch journalist, photographer, and activist who has been covering cannabis culture since 1994.

Please note that this list is far from complete, since there are so many other good folk who have been or are fighting for cannabis legalization and the right to grow the plant freely. If you want to nominate someone or a group of activists for the next installment of this reacquiring segment, please leave a comment below!